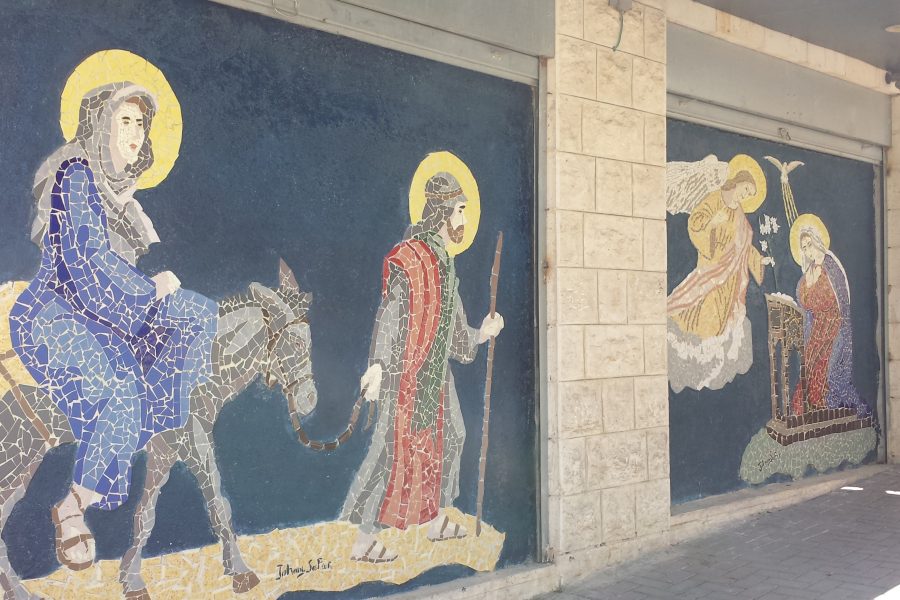 “And there were shepherds living out in the fields nearby, keeping watch over their flocks at night. An angel of the Lord appeared to them, and the glory of the Lord shone around them, and they were terrified. But the angel said to them, “Do not be afraid. I bring you good news . . . Today in the town of David a Savior has been born to you; he is the Messiah, the Lord” (Luke 2:8-11).

A little over a mile to the east of Bethlehem lies the village of Beit Sahour where the sacred site of Shepherd’s Field is located. According to Catholic tradition, the chapel marks where the angels announced Christ’s birth. As we sat on benches among olive trees gazing at Bethlehem, you could hear singing in the distance. The comfortably warm, dry air embraced us into the deep peace that rested on this place. Our tour guide began singing, “O Little Town of Bethlehem,” and we all joined in. I could hardly believe that I was in the actual place I had been singing about all my life.

Our guide pointed out that we were looking at the fields of Ruth and Boaz.

This was also where their great grandson David had herded sheep when he was a boy, and where the shepherds kept their flocks the night Jesus was born. Even though I knew all those Bible stories since my youth, I had never considered the common thread of location—Boaz and Ruth, David, Mary and Joseph; they all would have walked the same fields.

Born in a Stable, a Cave, or a Tower?

I listened, fascinated, as our tour guide proceeded to give us a Hebrew understanding of where Jesus would have been born. Excerpts from The Birth Revisited, by haRold Smith explain this theory:

Luke’s original audience would have immediately picked up on the religious significance of the Bethlehem shepherds watching their flocks by night . . . They would have known that when you said Bethlehem, you said “sacrificial lambs.” The hills around Bethlehem were home to the thousands of lambs used in ritual worship in the Temple [Jerusalem was only one hour’s journey away on foot] . . . Micah disclosed that the Messiah, who embodied the hope of the Kingdom

of Israel, “was to be revealed from Migdal Eder” [Micah 4:8] . . . Close by where the shepherds were camped that night . . . was the tower known as Migdal Eder, the “watch-tower of the flock.” This was the station where shepherds brought their flocks destined for sacrifices in the Temple . . . The shepherds who kept them were men who were specifically trained for this royal task . . . it was their job to make sure that none of the animals were hurt, damaged or blemished. During lambing season the sheep were brought to the tower from the fields, as the lower level functioned as the birthing room for sacrificial lambs . . . Once birthed, the priestly shepherds would routinely place the lambs in the hewn depression of a limestone rock known as “the manger” and “wrap the newborn lambs in swaddling clothes,” preventing them from thrashing about and harming themselves “until they had calmed down” so they could be inspected for the quality of being “without spot or blemish.”  . . . [When] an angel appeared to the shepherds . . . and instructed them: “you will find a baby wrapped in swaddling cloths, lying in the manger” . . . there was no need for the angels to give these shepherds directions to the birth place because they already knew . . . for the sign of the manger could only mean the manger at the base of the Tower of the Flock. (See http://hethathasanear.com/Birth.html)

This birthing room and rock manger at the Tower of Migdal Eder is where my tour guide believed Jesus was actually born and that he was swaddled in the cloths used for the lambs. Interestingly, the Temple lambs were sacrificed at the ninth and third hour daily, coinciding with Jesus’ crucifixion and death noted in Mark 15:25, 34-37: “It was nine in the morning when they crucified him . . . and at three in the afternoon . . . with a loud cry, Jesus breathed his last.”

Once again, I was astonished at the symbolism and correlations between Old and New Testaments I continually encountered on this Holy Land tour. As we sang “O come let us adore Him . . . ” tears came to my eyes. It didn’t matter that it was May, Christmas is ever-present here. And so it forever should be in our hearts, too. 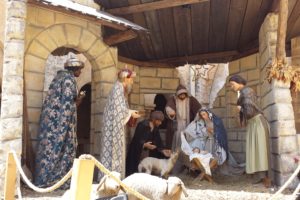 When I visited Bethlehem, we toured the Church of the[...] 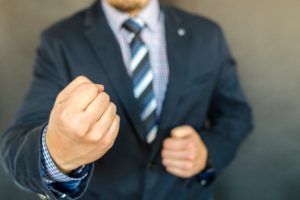 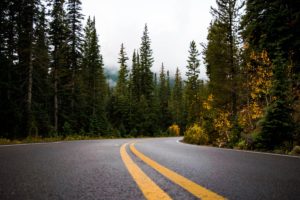