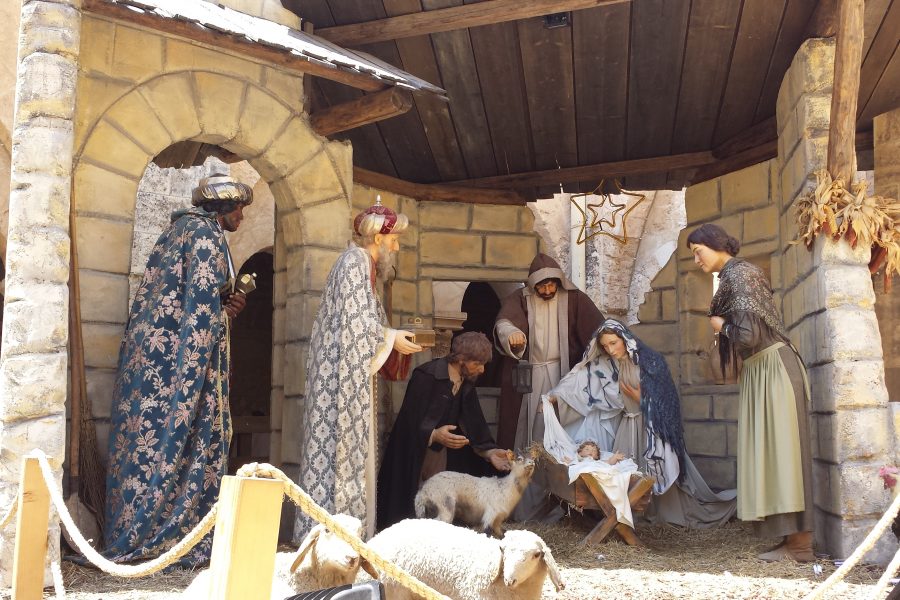 When I visited Bethlehem, we toured the Church of the Nativity which stands on the traditional birthplace of Jesus. Originally commissioned by Constantine and his mother in 327, it is the oldest major church in the Holy Land. Beneath the main altar of the church is a cave with a silver star on the floor. The inscription around it reads, “Here Jesus Christ was born of the Virgin Mary.” Every day pilgrims get down on all fours to kiss the star. 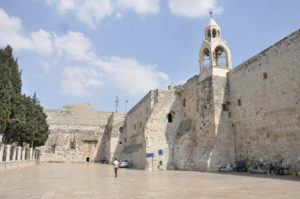 As we approached in line at the main entrance, I was surprised by the tiny entrance through which tourists must pass to see the basilica. After the Crusades, the tall arched doorway was reduced to only 4 X 2 feet because looters on horse and camel-back would drive right into the church with their carts to rob. The new entrance repelled thieves and forced even the most important visitor to dismount from his horse and stoop to enter the holy place. Soon it became known as the “Door of Humility.” 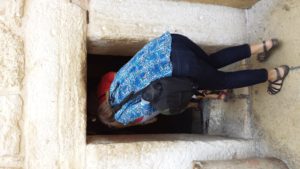 Lessons of the Door

The “Door of Humility” is symbolic on many levels:

As we exited the church, we walked by a larger-than-life nativity scene (depicted in photo above). The artistic craftsmanship was impressive–I wanted more time to take it all in! Each figure in the nativity can be described as humble—the Christ Child, Mary and Joseph, the shepherds, and the Magi who bowed low to present their gifts. The scene drew me in to worship, but all too quickly our tour guide hurried us along.

This advent season, let us remember that the “Door of Humility” is the way of Christ. Will we follow the path He walked?

Mild he lays his glory by,
Born that man no more may die:
Born to raise the son of earth,
Born to give them second birth.
Hark! the herald angels sing,
“Glory to the new-born King !” 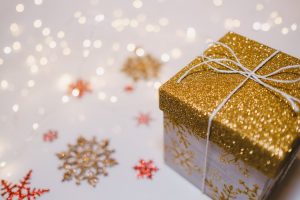 What Can I Give You?

It seems that every year at Christmas my mother laments,[...] 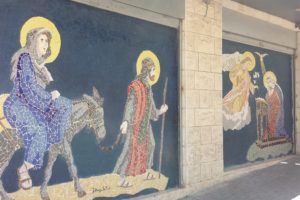 “And there were shepherds living out in the fields nearby,[...]