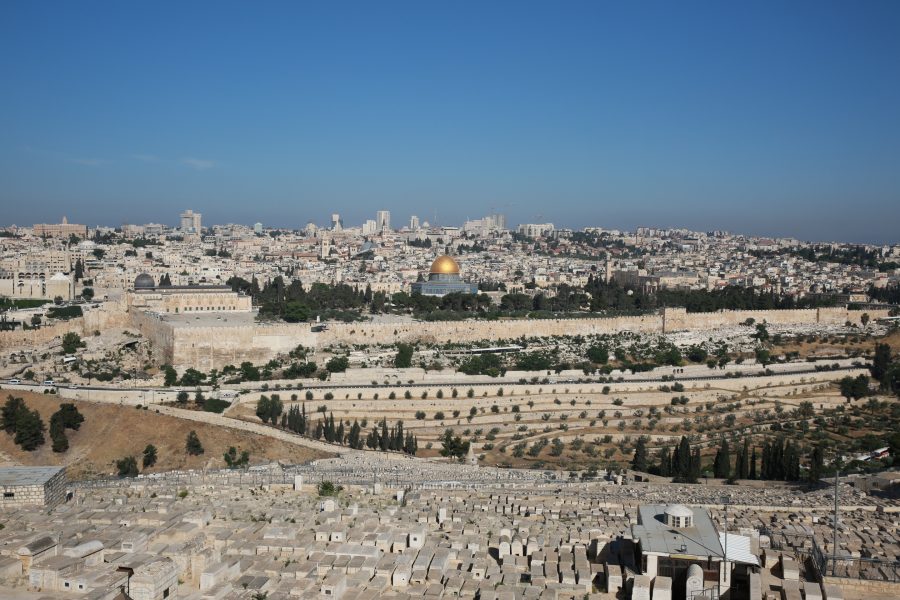 Over the years I heard teaching that God’s covenant relationship with Israel was transferred to the church after the resurrection. I never gave much thought to this notion, but my trip to Israel challenged it head on.

Messianic Jews hold very dear the hope of Messiah’s second return to their land. After all, he is expected to descend from the clouds to the Mount of Olives. Many expect that this is when Israel will be restored and that Jerusalem will be the capital of the world from which Jesus will rule. To deny the prophecies of Israel’s eventual earthly restoration under their Messianic King is an insult to Jewish Jesus followers.

So here are some questions you might encounter from Christians who are wondering how to relate to Israel and the Jewish people.

Christianity’s disconnect from its roots only feeds ignorance. Why is it that we Gentile Christians tend to completely ignore Jesus’ Jewishness? There are all kinds of things we miss in our biblical understanding if we dismiss Jewish customs, culture, and religion.

What a privilege to discover the many-layered biblical riches found in Israel. For Christians, visiting the land provides a very personal and concrete encounter with the Lord. On my trip to Israel, I felt like the fiancee’ going to the country and home of her Beloved in order to better know him. What a delight!

What should be our attitude towards Jewish people?

Though Paul points out that Judaism in its rejection of Jesus is hostile and persecutes Christians, he exhibited passionate yearning and love for his people.

In Romans 11:28-29 Paul says, As far as the gospel is concerned, they are enemies for your sake; but as far as election is concerned, they are loved on account of the patriarchs, for God’s gifts and his call are irrevocable. And in Romans 10:1 he says, Brothers and sisters, my heart’s desire and prayer to God for the Israelites is that they may be saved.

So this indicates that we ought to be praying for the Jews, that we ought to share God’s heart of love for them “on account of the patriarchs” and have respect for HIS sovereign “irrevocable gifts and call.” Regardless of how God’s chosen people act. God’s love for humans is never based on behavior anyway.

Hasn’t God rejected Israel in favor of the church?

God promised that his covenant with Israel is unconditional and irrevocable as Paul re-iterated in Romans 11. Already in ancient times, the Lord declares his undying commitment to Israel. Jeremiah 31:35-37 says,

he who appoints the sun
to shine by day,
who decrees the moon and stars
to shine by night,
who stirs up the sea
so that its waves roar—
the Lord Almighty is his name:
“Only if these decrees vanish from my sight,”
declares the Lord,
“will Israel ever cease
being a nation before me.”

“Only if the heavens above can be measured
and the foundations of the earth below be searched out
will I reject all the descendants of Israel
because of all they have done,”
declares the Lord.

Israel’s firstborn nation/people status is the billboard upon which God is displaying his glory to the world. Their status has to do with function and divine purposes as a sign to the nations, and is not a promise of automatic salvation to a “chosen elect.” Through them the world has gotten glimpses of the One True God. The Jews have given the world the Old Testament, for example. Over and over in the prophets God says that he will not give his glory to another, and he especially displays his power and glory in how he deals with the nations, Israel as well as the other nations.

What is Israel’s future? Why is the nation and land important?

Wycliffe Bible commentary titled Isaiah 49 “The Prince of Peace.” Here we see that Jesus will “restore the land.”

This is what the Lord says—
the Redeemer and Holy One of Israel—
to him who was despised and abhorred by the nation [Jesus],
to the servant of rulers:
“Kings will see you and stand up,
princes will see and bow down,
because of the Lord, who is faithful,
the Holy One of Israel, who has chosen you.”

“In the time of my favor I will answer you,
and in the day of salvation I will help you;
I will keep you and will make you
to be a covenant for the people,
to restore the land
and to reassign its desolate inheritances,
to say to the captives, ‘Come out,’
and to those in darkness, ‘Be free!’

God is in the business of fulfilling his prophecies. Already in our times we see scriptures such as Isaiah 49:22 fulfilled—

This is what the Sovereign Lord says:

“See, I will beckon to the nations,
I will lift up my banner to the peoples;
they will bring your sons in their arms
and carry your daughters on their hips.” 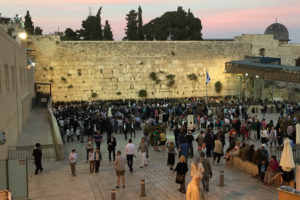 The following raises important arguments against theology that denies God’s[...]