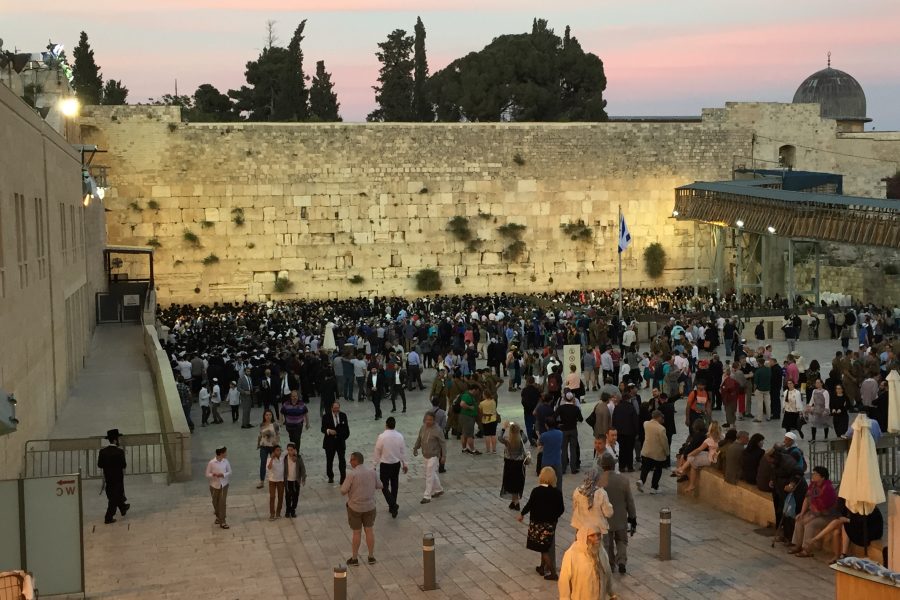 The following raises important arguments against theology that denies God’s covenant promises to Israel yet to be fulfilled.

First, there is no reason, logically, why Israel should be in existence today except in fulfillment of God’s Word and His sovereign purposes.They are a nation resurrected. The dead bones of Ezekiel raised. On every front there has been huge resistance and impossible obstacles that only the God of heaven could overcome. The Satanic rage that continues to be unleashed against Israel and Jews as well as on Christians, is only further evidence of the truth of God’s Word and His prophecies. The areas where spiritual battle rages most intensely tells you something!

Prophecy is hard to understand as far as timeline, but the overwhelming amount of scripture speaking to the restoration of Israel is difficult to refute. When you are in the land, when your feet walk over the historic terrain, it makes total sense that Jesus is returning there, that there is a concrete, literal return, just as when he came the first time. He came in human flesh, walked dusty streets, healed lepers. Why would he not come again to those same dusty streets and come as prophesied, a Warrior Prince?

Revelations 1:7 says, “Look, he is coming with the clouds,” and “every eye will see him, even those who pierce him”; and all people on earth “will mourn because of him.” So shall it be! Amen. So we see the whole world will mourn when Jesus returns.

Compare Revelations to Zechariah 12:10-12 “They will look on me, the one they have pierced, and they will mourn for him as one mourns for an only child, and grieve bitterly for him as one grieves for a firstborn son.  On that day the weeping in Jerusalem will be as great as the weeping of Hadad Rimmon in the plain of Megiddo. The land will mourn, each clan by itself . . . ” Why will they mourn? Because they missed his coming the first time.

Before his ascension in the first chapter of Acts, Jesus did not correct his disciples saying that their understanding of a national restoration was wrong :

6 Then they gathered around him and asked him, “Lord, are you at this time going to restore the kingdom to Israel?”

7 He said to them: “It is not for you to know the times or dates the Father has set by his own authority.” He did not say that they were in error to look towards the day of Israel kingdom restoration because it is only going to be a spiritual kingdom, he only warned about times and dates.

Again, how it will all play out is not clear, but this summary following Revelations 19-21 seems plausible:

When Jesus returns and Satan, the beast and false prophet are bound, he will reign for a 1,000 years. Is this when the “Israel restored” prophecies will be fulfilled, where the “remnant” will be saved, and the earth will be filled with the knowledge of the Lord? Then “When the thousand years are over, Satan will be released from his prison and will go out to deceive the nations in the four corners of the earth—Gog and Magog—and to gather them for battle. In number they are like the sand on the seashore. They marched across the breadth of the earth and surrounded the camp of God’s people, the city he loves. [This indicates that Jesus is ruling from Jerusalem and Satan is intent on overthrowing him]. But fire came down from heaven and devoured them” (Revelations 20:7-9). After this the devil is thrown into the lake of fire for his final banishment, there’s the great white throne of judgment, and then death and Hades are thrown into the lake of fire. ONLY THEN do we see the emergence of the New Heavens and the New Earth, at the beginning of Revelations 21.

There is plenty that still needs to happen on earth before the New Heavens and New Earth come down. Despite “seeing through a glass darkly” on these matters, I am convinced that God is in the process of writing two great story lines—of both his church and Israel—until they converge as one in the New Heavens and the New Earth. He is glorified in the church by its love, faithfulness, and shared suffering and glorified through his covenant with Israel as the display of his power and sign to the nations (whether in the process of judging or rescuing Israel).  It’s exciting to see glimpses of how God continues to be at work and that we are part of the story he is writing every day!

In Romans 11, Paul waxes into poetic ecstasy when he talks about the future of his people and of the convergence of their destiny with the Gentiles:

I do not want you to be ignorant of this mystery, brothers and sisters, so that you may not be conceited: Israel has experienced a hardening in part until the full number of the Gentiles has come in, and in this way ALL Israel will be saved. As it is written:

“The deliverer will come from Zion [Jerusalem];
he will turn godlessness away from Jacob.
And this is my covenant with them
when I take away their sins.” . . .

Oh, the depth of the riches of the wisdom and knowledge of God!
How unsearchable his judgments,
and his paths beyond tracing out!
“Who has known the mind of the Lord?
Or who has been his counselor?”
“Who has ever given to God,
that God should repay them?”
For from him and through him and for him are all things.
To him be the glory forever! Amen. 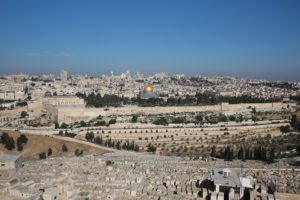 Over the years I heard teaching that God’s covenant relationship[...]