Hosanna in the Highest! 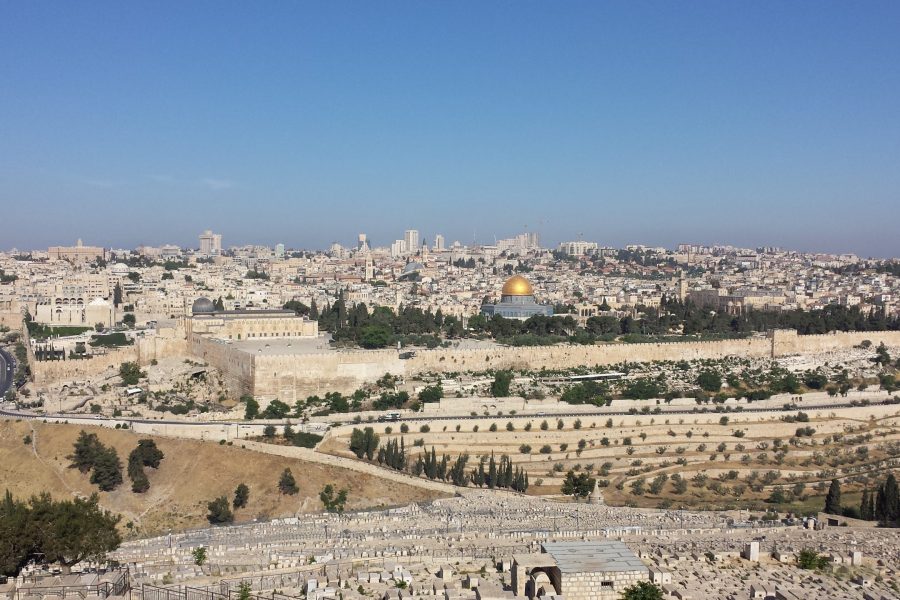 Hosanna in the Highest!

Mt. of Olives—standing with my tour group, the sun hot on my back, I kept staring at the sight in front of me. Never would I have guessed that Jerusalem was only “down the hill” from here. I looked all around me. Somewhere on this hill, maybe the very spot I was standing, was where Jesus ascended to heaven!

But an important event happened here before then. Note Luke 19:37-38:

37 When he came near the place where the road goes down the Mount of Olives, the whole crowd of disciples began joyfully to praise God in loud voices for all the miracles they had seen: 38 “Blessed is the king who comes in the name of the Lord!” “Peace in heaven and glory in the highest!”

I had never paid any attention to the geography of this passage, but now it was so easy to picture. As you can see in the photo below, the road literally goes down towards Jerusalem. We began singing, “Hosanna in the highest!”

As we walked and sang, I imaged how exciting it must have been to accompany Jesus as he rode the young donkey. What would it have been like to be part of the jubilant throng throwing their cloaks in the road, waving palm branches, and shouting praises to their king?

As we continued down the hill, I was amazed at the view to my left. The Mount of Olives contains some 70,000 graves. Tradition requires that people be buried as quickly as possible, within twenty-four hours, and no later than two nights. Delay is seen as very disrespectful to the body.  Our tour guide said she has seen people buried as quickly as in three hours.

Many Jews believe that when the Messiah returns to earth riding on a white donkey, the dead buried here will be the first to rise from their graves. They will then only need to walk a few hundred meters to reach the holy Temple Mount in Jerusalem’s Old City.

Everyone in that cemetery is buried with their feet facing the Temple Mount so that they will be able to come straight up and don’t even have to turn around! Of course it costs a fortune to be buried here!

Zechariah 14:3-5 describes the return of Jesus: . . . Then the Lord will go out and fight against those nations, as he fights on a day of battle. On that day his feet will stand on the Mount of Olives, east of Jerusalem, and the Mount of Olives will be split in two from east to west, forming a great valley, with half of the mountain moving north and half moving south . . . Then the Lord my God will come, and all the holy ones with him . . .

Christians and Muslims generally believe that the Golden Gate or the Gate of Mercy was the gate through which Jesus entered Jerusalem in Bible times. It provided entrance to the city from the east. In the photo above, you can see the gate’s square shape in the temple mount wall. Jerusalem has eight gates; all are open, but this one has been sealed since the Middle Ages. It’s as if the Gate of Mercy is waiting for the King’s return!

When our tour group reached the bottom of the hill, we found ourselves in the Kidron Valley directly in front of the Golden Gate/Mercy Gate pictured below.

In Jewish tradition, this is the gate through which the Anointed One will enter Jerusalem. Some think that Suleiman the Magnificent sealed it off to prevent the Messiah’s entrance. Muslims have been adding tombs in front of the gate to further deter the Jewish Messiah, since in their way of thinking, walking on graves makes a person unclean.

But how can the One-Who-Conquered-Death be made unclean by graves? Impossible! Halleluia!

On Easter we celebrate Christ resurrected, Christ triumphant, Christ Glorified that we may shout with joy, “Oh grave, where is your victory, O death where is your sting?!!!” (I Corinthians 15:55)

Our victorious Lord is coming soon. 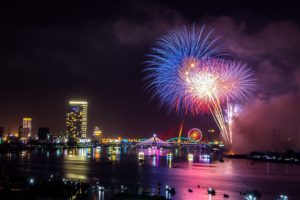 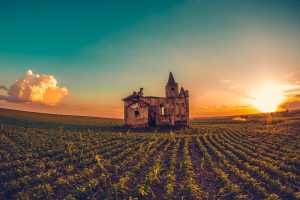 Though the fig tree does not bud and there are[...]